At LYNDDAHL we wish our employee Nicklas Sørensen congratulations on his 15th anniversary. He started as a floor sweeper in August 2006 and afterwards he was employed as picolo, before staring his apprenticeship as our firsk office trainee. Today he is occupied as salesassistant at our customerservice department, and he is a local force at the company.

”Nicklas is a very popular colleague. He is helpful, professionally skilled and the proof of that you get far by having a good mood and a positive approach. He makes a big difference for both customers and colleagues. We are proud of having such a dedicated and loyal employee as him" his manager Kurt says.

What characterizes Nicklas is his great love for his dog, Møffe, who everyone at the office has heard stories about🐶🤍 Moreover, it is the familiar sound of a can of Monster energy drink being opened, which has a permanent place at his desk, every day 😎

Once again, congratulations on the anniversary, Nicklas. Thank you for your great efforts over the years. 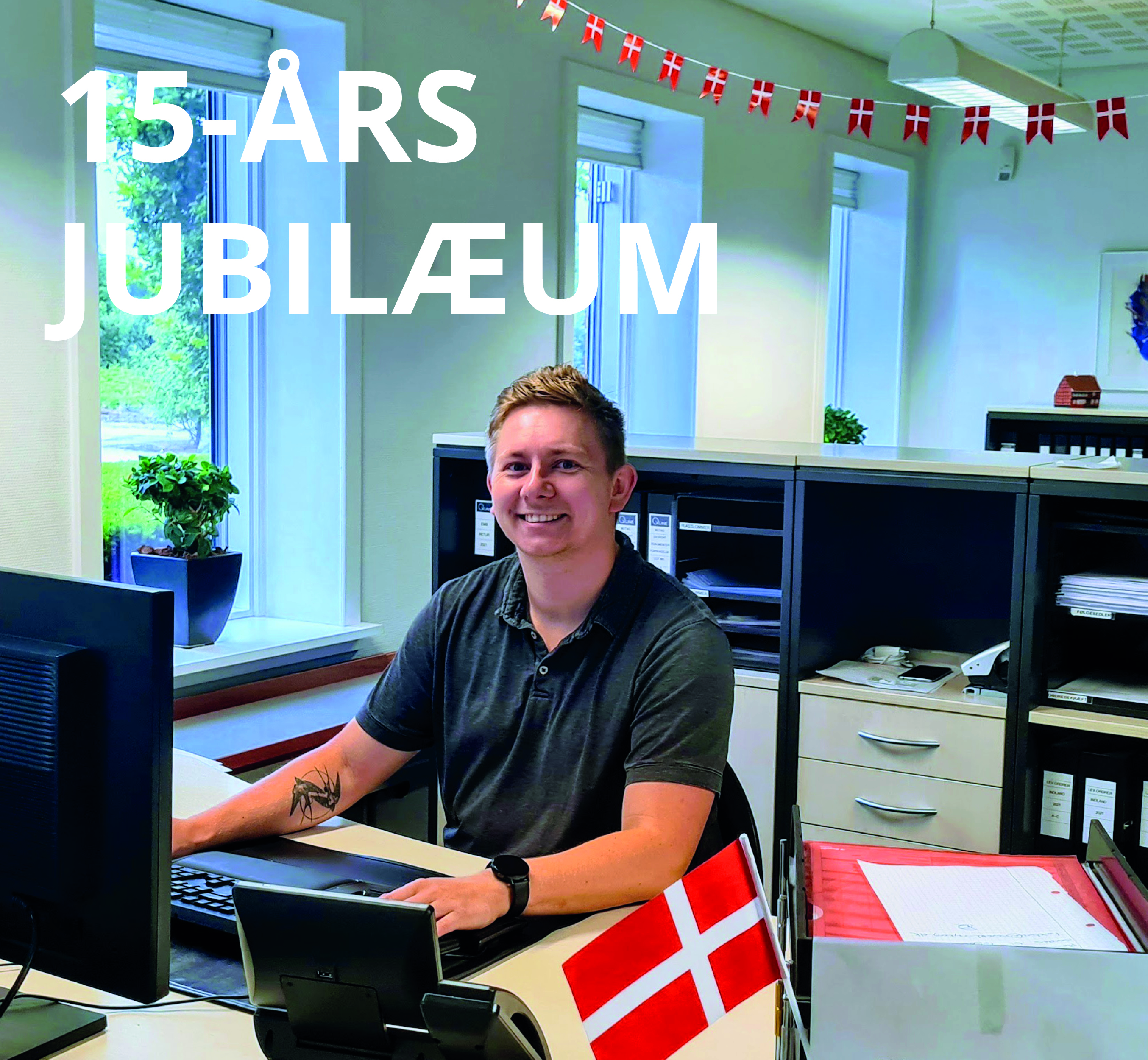